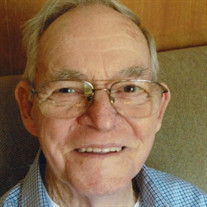 Mr. Bobby Gene Manning, age 84, of Gordonsville, TN, died Tuesday, April 7, 2020 at his home of Parkinson&#8217;s, Dementia, and Pulmonary complications. Bobby was born as a twin on March 20, 1936 at Protestant Hospital in Nashville, TN. He... View Obituary & Service Information

The family of Bobby Manning created this Life Tributes page to make it easy to share your memories.

Send flowers to the Manning family.