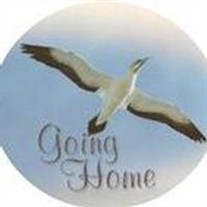 Ms. Carol Ann Vaden, age 63 of Gordonsville, TN passed away Thursday, July 21, 2011 at her sister's resdience.Ms. Vaden was born December 29, 1947 in Nashville, TN., the daughter of the late David Curg and Erma McKinney Vaden. She was a 1965 Graduate of Gordonsville High School and a 1969 Graduate of Tennessee Tech University. She was a school teacher for 38 years having taught at Lebanon City Schools from 1969 to 1987 and then at Gordonsville Elementary School until her retirement in 2007. She was a member of the Gordonsville United Methodist Church where she was treasurer until her declining health. She was a member of the Southside Lions Club and a Election Official for the Smith County Election Commission. She was an active volunteer at Riverview Regional Medical Center, Gordonsville Public Library, Smith County Help Center, and several other charitable organizations and events thruoghout the county.Ms.Vaden is survived by her Sisters; Melinda (Pat) Cothern of Gordonsville, TN, Beth (Harold) Jenkins of Carthage, TN, and Nancy (Craig) LaFever of Madison, TN. Nieces and Nephews; Jason (Jennifer) Cothern, Jennifer (Terry) Shores, Stephanie Jenkins, Brittany (Russell) Lester, Chad LaFever, and Gracie Crosslin. One Great Nephew, Trenten Shores. Two Great Nieces, Kalli and Katie Cothern. Funeral Servicees for Ms. Vaden will be conducted Sunday, July 24, 2011 at 2 PM at the Gordonsville Chapel of Bass Funeral Homes, with Bro. George Reed, Mark Medley, and Steve Armistead officiating. Interment will follow in the Gordonsville Cemetery with Bro. Dickie Johnson officiating.Vistiation with the Vaden family will be at the Gordonsville Chapel on Saturday from 2 PM to 8 PM and on Sunday after 11 AM.The Vaden family request that donations be made to the GUMC Playground Fund, Smith County Retired Teachers Scholarship Fund, Riverview Regional Volunteers Shcolarship Fund, or to Chad's Run

Ms. Carol Ann Vaden, age 63 of Gordonsville, TN passed away Thursday, July 21, 2011 at her sister's resdience.Ms. Vaden was born December 29, 1947 in Nashville, TN., the daughter of the late David Curg and Erma McKinney Vaden. She was a 1965... View Obituary & Service Information

The family of Carol Ann Vaden created this Life Tributes page to make it easy to share your memories.

Send flowers to the Vaden family.