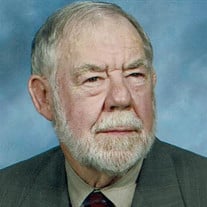 Mr. Charles Judson Caplenor, age 86 years young of the Flat Rock Community, passed away on Sunday, October 14, 2018 at his home with his family at his side. Charles was born May 15, 1932 in the Flat Rock community of Wilson County, TN, son... View Obituary & Service Information

The family of Charles J Caplenor created this Life Tributes page to make it easy to share your memories.

Send flowers to the Caplenor family.