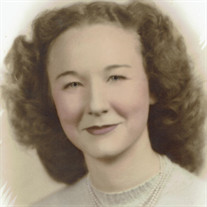 Mrs. Delores Lee Tisdale Apple, age 90 of Mt. Juliet, TN, and a longtime resident of Smith County, TN, passed away on Wednesday, April 21, 2021 at Alive Hospice in Murfreesboro, TN. Mrs. Apple was born December 13, 1930 in Chestnut Mound, TN, a daughter of the late Jesse Homer Tisdale and Floye Elizabeth Dillard Tisdale. She married Charles William “Billy” Apple on May 28, 1949 in Rossville, GA, and he preceded her in death on February 19, 2000 after over 50 years of marriage. Mrs. Apple was also preceded in death by Sister; Anne Rogers and Infant Sister; Virginia Dean Tisdale. Delores was a housewife, mother, grandmother, and farmer. She was saved by the grace of God at the age of 17. Delores was then baptized and joined the Macedonia The Baptist Church of Christ in Club Springs, TN. She remained a member until 1960 when her membership was moved to Pilgrim The Baptist Church when it was first organized in Antioch, TN. She remained a member through the church move to Hermitage, TN, and was the last remaining charter member. Mrs. Apple is survived by Children; Tammye (Mike) Fox of Mt. Juliet, TN, and Timothy Lee (Teri “Pinky” Murphy) Apple of Brush Creek, TN. Grandchildren; Travis (Heather) Rodgers of Lascasses, TN, Jerimey (Dana) Apple of Whitwell, TN, Jamie (Sam) Copley of Rock Island, TN, and Charles Jason (Nicole) Apple of Nashville, TN. Seven great-grandchildren. Funeral services for Mrs. Apple are scheduled to be conducted at the Gordonsville Chapel of Bass Funeral Homes on Sunday, April 25, 2021 at 3PM with Eld. Neil Pennycuff and Eld. Frank Randolph officiating. Interment will follow in the Gordonsville Cemetery. Visitation with the family will be at the Gordonsville Chapel of Bass Funeral Homes on Saturday from 2PM until 7PM and on Sunday from 12PM until 3PM. The family requests memorials be made to Alive Hospice, 1629 Williams Dr, Murfreesboro, TN, 37129. Family requests masks be worn for visitation and funeral service.

The family of Delores Apple created this Life Tributes page to make it easy to share your memories.

Send flowers to the Apple family.