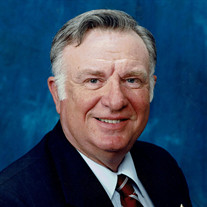 Services for Mr. George Madison Stevens who passed away on January 5, 2017 after a courageous 11 year battle with stroke and Alzheimer’s will be conducted on Sunday, January 15, 2017 at 2PM at the Gordonsville Chapel of Bass Funeral Homes. Visitation will be from 1PM to 2PM with a Masonic Service and Military Honors to his life to follow the visitation. He was 73 years old. George was born at McFarland Hospital in Lebanon, TN, and was raised at the Steven’s Home Place in New Middleton, TN. He was a member of the New Middleton Baptist Church. He graduated from Gordonsville High School and later attended the University of Kentucky. He joined the United States Navy at the age of 17 and retired after 23 ½ years. George then worked for the Department of Defense allowing him to travel the world. He retired with honors after 30 years of service to his country. His next adventure in life was selling real estate with his wife, working with Acuff and Rose, Cumberland Realty, and Crye-Leike Realtors. George retired in early 2000 and then started enjoying his retired lifestyle. George was an avid biker, travelling to Alaska, Nova Scotia, and Sturgis, SD, with his biker buddies. He loved his Masonic family and friends. He belonged to the New Middleton Masonic Lodge #249 F&AM, serving as Worshipful Master in 1997 and 1999 then as Secretary. He was a life-time member, receiving his 50 year pin in October of 2016. He was an honorary member of Lebanon, Joppa, and Carthage. He served as Smith County Chairman in 2004. George served as Worshipful Grand Marshall in 2003 under Worshipful Grand Master Ronald Coats and as Worshipful Junior Grand Deacon in 2009 to Worshipful Grand Master Dickie Johnson. He was a member of Nobles of the Mystic Shrine, Scottish Rights, Knights Crusader of the Cross, York Rights Sovereign College, Imperial Council, Grand Council Cryptic Mason, and Order of the Eastern Star. Mr. Stevens was preceded in death by Parents; Jacob Bradford Stevens and Johnnie Knight Stevens and two chosen brothers; Ray Craig and Roy Craig. Mr. Stevens is survived by Wife of 28 years; Margaret Hall Stevens. Children; Mary (Andy) Evans of Nashville, TN, Brenda (Jeremy) Heitt of Thompsons Station, TN, Martha (Michael) Lee of Lebanon, TN, G.M. Stevens, Jr., of Carthage, TN, Tonyia (Tim) Stockton of Lebanon, TN, Kecia (Garry) Silcox of Carthage, TN, and Elesha (Greg) Brindley of Grant, TN. Nineteen grandchildren and twenty-three great-grandchildren along with Sisters; Elsie (Hugh) Minchey of New Middleton, TN, and Margaret (Bruce) Harvey of Murfreesboro, TN, and numerous nieces and nephews also survive. The Family would like to extend a special thanks to the Staff of the Tennessee State Veterans Home in Murfreesboro, TN, for their devoted care for the last four years. Interment for Mr. Stevens will be in Brush Creek Cemetery in the Family Plot. In lieu of flowers, the family requests donations be made to Sherry’s Run, P.O. Box 8, Lebanon, TN 37088, to the Shriners Hospital, or to any local Masonic Lodge. BASS FUNERAL HOME, GORDONSVILLE CHAPEL, DIRECTORS.

Services for Mr. George Madison Stevens who passed away on January 5, 2017 after a courageous 11 year battle with stroke and Alzheimer&#8217;s will be conducted on Sunday, January 15, 2017 at 2PM at the Gordonsville Chapel of Bass Funeral Homes.... View Obituary & Service Information

The family of George Madison Stevens created this Life Tributes page to make it easy to share your memories.

Services for Mr. George Madison Stevens who passed away on January...

Send flowers to the Stevens family.