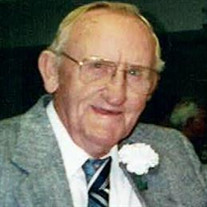 Mr. Horace D. Gore, age 86, of Gordonsville, TN, passed away Tuesday, April 17, 2018. Horace was born December 24, 1931, in Livingston, TN, son of the late Zora Byrd Gore and Cora Belle Bilbrey Gore. He was also preceded in death by four brothers and one sister. Horace was a graduate of Livingston High School. After high school, Horace served his country in the U.S. Army during the Korean War from 1952-1954. He married Juanita Sevier on April 30, 1953. Mr. Gore worked for Hartmann Luggage for a number of years and later had his own lawn mowing service. He was a member of the Macedonia Baptist Church in New Middleton, TN. Horace is survived by Wife of 64 years; Juanita Sevier Gore of Gordonsville, TN. Children; Jacque Gore of Gordonsville, TN, and Kaye Shores and husband Kirk of Carthage, TN. Grandchildren; Kristen Shores, Justin Shores, and Bracie (Frank) Rogers. Great-Grandchildren; Coby Rogers and Caleb Rogers. Sister; Birdie (Roy) Jackson of Hilham, TN, and several nieces and nephews. Funeral Services for Mr. Gore are scheduled to be conducted from the Gordonsville Chapel of Bass Funeral Homes on Friday, April 20, 2018, at 11AM with Bro. Terry Fesler officiating. Graveside Services and Interment with military honors will be at the Holly Springs Cemetery in Overton County on Friday, April 20, 2018 at 2PM. Visitation with the Gore Family will be held at the Gordonsville Chapel of Bass Funeral Homes on Thursday from 3PM until 7PM and again on Friday after 9AM until service time at 11AM. In lieu of flowers, the Gore Family requests memorials be made to St. Thomas Heart. BASS FUNERAL HOME, GORDONSVILLE CHAPEL, DIRECTORS.

The family of Horace D. Gore created this Life Tributes page to make it easy to share your memories.

Send flowers to the Gore family.