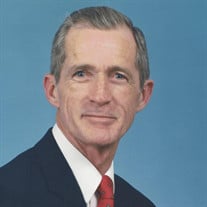 Mr. James Robert “J.R.” Bass, age 80, of Gordonsville, TN, passed away on Thursday, November 4, 2021. J.R. was born September 30, 1941 in Nashville, TN, a son of the late Paul Bridgeforth Bass and Roberta Thomas Bass Payne. He was also preceded in death by Brother; Richard Thomas Bass and Sister; Linda Carol Bass Finley. J.R. married Cora Goad Farmer on October 10, 1975. James Robert attended school at New Middleton Elementary and later came to Gordonsville High School where he was a graduate of the 1959 class. After high school, he attended John A. Gupton College of Mortuary Sciences and received his degree in Mortuary Science in 1960. James Robert worked in the family funeral business for over 60 years until he retired after losing his eyesight. He was also a graduate of the first Emergency Medical Technician (EMT) Class in the Upper Cumberland Region. He also served in the Tennessee National Guard for several years. J.R. was a very dedicated member of the Gordonsville United Methodist Church for over 50 years. He was also a member of the Carthage Benevolent Lodge #14 F&AM for over 50 years and the Southside Lions Club for over 50 years. James Robert was recognized in 2009 for having 50 years of service as a licensed funeral director and licensed embalmer. Mr. Bass is survived by Wife; Cora Goad Bass of Gordonsville, TN. Daughter; Vicki (Johnny) McKinney of Gordonsville, TN. Granddaughters; Starla (Brad) Law, Amber (Kevin) Moss, Julie (Jason) Herd, and Jonna (Michael) Roberts. Great-grandchildren; Kaleigh “Lexie” Law, Braden Law, Nicole Smith, Laken Roberts, Hallie Roberts, Ayden Moss, and Maddux Herd. Brothers; William S. “Billy” (Amanda) Bass of Carthage, TN, and Paul D. “Danny” Bass of Lancaster, TN. Funeral Services for Mr. Bass are scheduled to be conducted from the Gordonsville Chapel of Bass Funeral Homes on Saturday, November 6, 2021 at 7PM with Bro. Floyd Massey officiating. Visitation with the family will be at the Gordonsville Chapel of Bass Funeral Homes on Saturday from 11AM until service time at 7PM. Graveside Services and Interment are scheduled for Sunday, November 7, 2021 at 1PM at the Gordonsville Cemetery with Bro. George Reed officiating. Family and friends will gather at the cemetery just prior to the 1PM graveside. The family requests memorials be made to the Gordonsville United Methodist Church or to the Southside Lions Club. The family requests masks be worn while visiting the funeral home.

The family of James Robert "J.R." Bass created this Life Tributes page to make it easy to share your memories.

Send flowers to the Bass family.