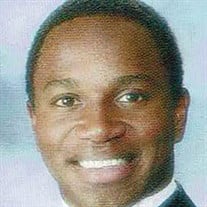 Mr. Justin Hill Smith, age 26, of Gordonsville, TN, gave his life back on January 15, 2017. Justin was born April 22, 1990 in Wilson County, TN, the Son of Calvin Hill Smith and Patricia Lynn Manning. He was preceded in death by Grandparents;... View Obituary & Service Information

The family of Justin Hill Smith created this Life Tributes page to make it easy to share your memories.