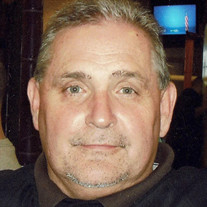 Longtime radio voice of the Gordonsville Tigers, Mr. Keith Williams, age 64, of Lancaster, TN, passed away Saturday, April 27, 2019. Keith was born July 26, 1954 in Carthage, TN, a son of the late William Henry “Junior” Williams and Eleanor Faye McDonald Williams. He was also preceded in death by Brother; William Steve Williams on November 29, 2000. Keith was a 1972 graduate of Gordonsville High School. After high school, he attended the University of Tennessee-Knoxville. He married Julie Sanders on December 9, 1981. Mr. Williams worked as a deputy for the Smith County Sherriff’s Office for 12 years. He was a former member of the Lancaster Volunteer Fire Department. Keith was a longtime dedicated member and current Trustee of the Lancaster United Methodist Church. He loved to golf. Keith is known by many as the Radio Voice of the Gordonsville Tigers, starting his career calling Tiger Sports in 1999. Keith spent many years buying, selling, and trading antiques and collectibles. The many years of knowledge and work culminated to his operating and part ownership in the Lebanon Antique Mall with his Wife; Julie and Son; Chad, for the last three years. If you knew Keith, you knew he loved talking to people and making deals. Mr. Williams is survived by his wife of 37 years; Julie Sanders Williams of Lancaster, TN. Three Children; Jill (Steven Hewitt) Ferrell of Elmwood, TN, Nathan (Jessica) Williams of Cookeville, TN, and Chad Williams of Lancaster, TN. Four Grandchildren; Kaden Ferrell, Trentin Ferrell, Kennedy Marie Williams, and Chesney Royal Williams. Brother; John (Wanda) Williams of Lancaster, TN. Sisters; Judy Clemons of Lancaster, TN, and Rachel Williams of Silver Point, TN. Several Nieces and nephews. Funeral Services for Mr. Williams are scheduled to be conducted from the Gordonsville Chapel of Bass Funeral Homes on Wednesday, May 1, 2019 at 1PM with Bro. James Lee Williams, Bro. Dickie Johnson, and Mark Medley officiating. Interment will follow in the Gordonsville Cemetery. Visitation with the Family will be at the Gordonsville Chapel of Bass Funeral Homes on Tuesday from 3PM until 8PM and on Wednesday after 10AM until service time at 1PM. The Williams Family requests memorials in Keith’s memory be made to the Lancaster United Methodist Church. BASS FUNERAL HOME, GORDONSVILLE CHAPEL, DIRECTORS.

The family of Keith Williams created this Life Tributes page to make it easy to share your memories.