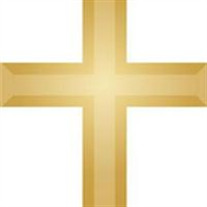 Mrs. Roberta Smith Warren age 83, of Clubb Springs, TN, passed away Saturday, June 6, 2015 at the Kindred Health and Rehab. Mrs. Roberta was born February 14, 1932 in Clubb Springs, TN, the Daughter of the late Bethel Harold Smith and Dollie Chaffin. She married Albert Gray Warren and he preceded her in death on January 12, 1991. Mrs. Roberta was also preceded in death by Son; James Albert “Jim” Warren on April 26, 2005. Brothers; Curtis Smith and Jack Smith, and Friend; Joe Gentry. She was a member of the Macedonia The Baptist Church of Christ at Clubb Springs and at the time of her death, she was the oldest living member. Mrs. Roberta is survived by Children; Bobbye June Young of Hunstville, AL, Marilyn Marie (Bob) Cunningham of Cookeville, TN, Jerry B. (Lee Anne) Warren of Lebanon, TN, Timothy Allen “Bull” (Rhonda) Warren of Chestnut Mound, and Amy Lynn Warren of Baxter, TN. Brother; Harold (Toni) Smith of Lakewood, CO, and Daughter-in-Law; Betty Warren of Cookeville, TN. Eleven Grandchildren, Ten Great-Grandchildren, and One Great-Great Grandchild also survive. Funeral Services for Mrs. Roberta are scheduled to be conducted from the Gordonsville Chapel of Bass Funeral Homes on Tuesday, June 9, 2015 at 1PM with Bro. Tim Bennett and Bro. Burl Rice officiating. Interment will follow in the Gordonsville Cemetery. Visitation with the Warren family will be held at the Gordonsville Chapel of Bass Funeral Homes on Monday from 4PM until 8PM and again on Tuesday from 11AM until the time of the service at 1PM. The Warren Family requests in lieu of flowers, memorials in Mrs. Roberta’s memory be made to the Macedonia The Baptist Church of Christ at Clubb Springs. BASS FUNERAL HOME, GORDONSVILLE CHAPEL, DIRECTORS.

The family of Roberta Smith Warren created this Life Tributes page to make it easy to share your memories.

Send flowers to the Warren family.