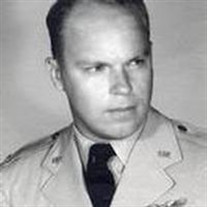 COLONEL RUSSELL ALAN TURNER, II; USAF, ( RET) Age 81, of Lake Worth, Florida passed away Wednesday June 8, 2011 following a brief illness. Colonel Turner was born November 16, 1929 in Glendale, Ohio to the late Russell Alan & Ann G. (Brooks) Turner Sr. and moved to the Lake Worth area in 1978. He is a retired Air Force Colonel and former pilot with over 26 years of service, 20 of which were spent as a public affairs officer. He spent 11 years in Air Force Systems Command and Air Force Logistics Command. He was a B-29 weather reconnaissance pilot in England; flew C-121 Super Constellation “picket ships” off the coast of California for the Air Defense Command and was a C-130 troop carrier pilot for Tactical Air Command. He served as a public information officer with NATO defense forces in Iceland, he was assigned to the Air Force Ballistic Missile Division in Los Angeles. Colonel Turner retired director of public relations and account executive for Colee & Sartory. Before joining Colee & Sartory in 1986, Colonel Turner worked for Frank Wright, Inc. one of the oldest public relations firms in Florida. He has over 30 years experience in working with local, national and international news media. He was predeceased in death by his loving wife of 43 years, Jo Emily (Franklin) Turner on March 16, 2006. Colonel Turner is survived by his sons, John (Kamala) Hunt of Lake Worth and Stephen (Cheryl) of Celebration, Florida; 3 grandchildren and 3 great-grandchildren. Funeral Services for Colonel Turner were held on Friday, June 10, 2011 at Tillman Funeral Home, 2170 South Military Trail, West Palm Beach, FL. Graveside services and Interment will be held on Tuesday, June 14, 2011 at 10:00 A.M. at the Gordonsville Cemetery in Gordonsville, Tennessee with Larry Locke, officiating. In lieu of flowers the family has asked that memorial donations be made to Hospice of Palm Beach County, 5300 East Avenue, West Palm Beach, Florida 33407 or any Veterans Organization in memory of Colonel Turner.

The family of Col. Russell Turner created this Life Tributes page to make it easy to share your memories.

Send flowers to the Turner family.