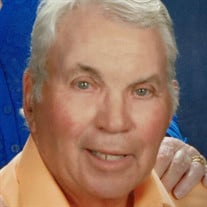 Mr. Sammy Moore Bridgewater, age 79, of Riddleton, TN, passed away on Thursday, April 8, 2021. Mr. Bridgewater was born August 28, 1941, in Carthage, TN, a son of the late Henry Moore Bridgewater and Mary Neal Chambers Bridgewater. Sammy married Faye Clayton Bridgewater on March 22, 1968 and she preceded him in death on October 11, 2020. He was also preceded in death by Son; Jason Dale Bridgewater on August 14, 2016, Grandson; Matthew Bussell on January 1, 2000, and Brother; Billy Casper Bridgewater. Mr. Bridgewater was a 1959 graduate of Smith County High School. He worked at TRW/Ross Gear for over 40 years until his retirement. Sammy was a member of the North Carthage Baptist Church. Mr. Bridgewater is survived by Daughter and Son-in-Law; Diann (Ronnie) Bussell of Hogans Creek, TN. Daughter-in-Law; Amanda Bridgewater of Riddleton, TN. Grandchildren; Jessica Bridgewater, Austin Bridgewater, Nicholus Bussell, and Samantha Bussell. Cousins; Janie Bridgewater, Kathy Lovelace, and Bill Chambers. Graveside Services and Interment for Mr. Bridgewater are scheduled to be conducted at the Davis Cemetery on Sunday, April 11, 2021 at 2:30PM with Eld. Anthony Dixon officiating. Visitation with the family will be at the Carthage Chapel of Bass Funeral Homes on Sunday from 11AM until departure for the cemetery at 2PM.

The family of Sammy Bridgewater created this Life Tributes page to make it easy to share your memories.

Send flowers to the Bridgewater family.