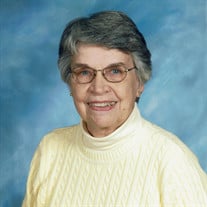 Mrs. Virginia Latham “Ginger” Coggins, age 97 of Carthage, TN. Mother, friend, and mentor passed away on August 24, 2021. Ginger was born in Oxford, MS, on December 8, 1923 and was reared in Madison, FL. She was the daughter of a Presbyterian pastor. Ginger grew up during the depression and turned 18 the day after Pearl Harbor. These early life experiences taught her thrift, resilience, empathy, and molded in her a thoughtful, cheerful attitude towards life. She was full of wisdom. It was a blessing for all to witness and learn from her example. She was preceded in death by her loving husband of 56 years, Stacy Coggins. Mrs. Coggins is survived by her three children; Stacy N. Coggins of Charlotte, NC, Virginia “Jinx” (Kevin) Coleman of Longwood, FL, and Bardwell T. (Terry) Coggins of Carthage, TN. Five grandchildren; Lauren (Steven) Herman, Lydia (Matt) Brooker, Allison (Will) Robertson, Robin (Bobby) Brown, and Bardwell (Sara) Nielsen. Six great grandchildren; Avery Brown, Sawyer Herman, Evan Brown, Adeline Brown, William Robertson, IV, and Parker Brown. Memorial services will be held at a later date. Once services are finalized they will be announced. In lieu of flowers, memorials may be made to The Emmanuel House, c/o Carthage United Methodist Church, 608 Main Street North, Carthage, TN, 37030, 615-735-0343.

The family of Virginia "Ginger" Coggins created this Life Tributes page to make it easy to share your memories.

Send flowers to the Coggins family.