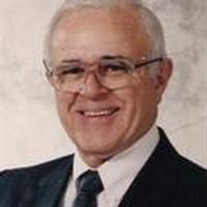 Mr. William Horace “Bubby” Young, Age 77 of Cookeville, TN., died Friday, April 16, 2010 at Master’s Healthcare Center, Algood, TN. Mr. Young was born September 7, 1932 in Gordonsville, TN., the son of the late Alva Lancaster and William Carson Young. A brother, Tommy Young preceded him in death on October 31, 2002. He was a 1951 graduate of Gordonsville High School and received a B.S. in Business from Tennessee Polytechnic University in 1958. He was a Veteran, serving in the United States Marine Corp from October 17, 1953 to September 6, 1956. He was an insurance agent with New York Life Insurance for over 25 years. He was a former member of the Sparta Lions Club. He had lived in Cookeville for the last 11 years. A daughter, Sharon Young preceded him in death in 1968. Mr. Young is survived by two sons: Gillen Evan Young and his wife, Michele of Alpharetta, GA and Robert Lancaster Young and his wife, Ginger of Sparta, TN. Four Grandchildren: Alex and Brandon Young of Alpharetta and Drew and Katelyn Young of Sparta, TN. Brothers: Jere R. Young of Lebanon, TN and James D. Young of Hustonville, KY. Best Friend and Companion, Linda Ragland of Cookeville, TN. Mr. Young’s remains are at the Gordonsville Chapel of Bass Funeral Homes where the family will receive friends on Sunday, April 18, 2010 from 3:00 P.M. to 6:00 P.M., with Eugolies to be given at 6 PM. Graveside Services and Interment will be at the Gordonsville Cemetery on Monday, April 19, 2010 at 10:00 A.M., with Bro. Dickie Johnson, officiating and Military Honors by the U. S. Marine Corp.

The family of William Young created this Life Tributes page to make it easy to share your memories.